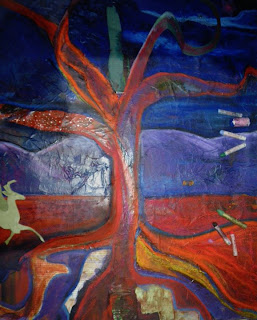 Super excited about DrupalCamp tomorrow because there are 2 sessions for publishing and one for openpublish!

As some of you know, I’ve been editing an online arts & literary journal, called moonshine, which was housed on an opensource publishing platform called PacerCMS. The only problem with that product (which worked perfectly) is that support is really limited and no one (including me, who was volunteering) has a lot of time to devote to development. So, I started exploring Drupal. I use Drupal (and teach on Drupal for Lyrasis, next intro class is Nov. 11). I love Drupal.

I should probably issue a disclaimer though: Drupal was not my first CMS love though — that would be ee (Expression Engine). ee and I broke up (it was an early relationship as I was one of the early implementers of the post-Pmachine, ee). When I started using ee (migrated from MT aka Movable Type which was a migration from GreyMatter — yes, you blogging photographers, from the 2000/2001 era, feel free to take a moment…), Drupal was hmm…

Drupal 4(?). something (if I remember correctly)… and it was awful. Actually, it wasn’t, but theming meant working with bunches of html and template files; there was no CSS theming as there is now. Installation was a nightmare and documentation was awful (imho). It was (probably) a programmer’s dream and a designer’s nightmare.

So, I jumped into the world of ee and loved it. I still love alot of things about ee and hate some things about ee. I watched from afar as Drupal went through 5, and then at 6, I noticed some significant changes with Drupal. Drupal sites started looking like real websites — real websites with beautiful designs. ee was becoming more restrictive in terms of noncommercial licensing, I never had an ee upgrade that went properly (tech support ALWAYS had to help me) and was moving already towards its pay-to-play model that it supports now.

Soooo… I downloaded a copy of Drupal 6 and starting building my website. Wow, it was great and wonderful and so powerful.

…which is where I am now. I kind of want to Drupalize everything. 😉 I want the policy and procedures manual that I am the caretaker of (all 250 PDFs and growing) to be Drupal, but Drupal doesn’t really have a doc management system at the level I need (I know, I could probably create something, but I’m looking for out of the box solutions… modules that will hopefully be supported with future versions of Drupal…) and I’ve found a DMS (KnowledgeTree) which can be incorporated into Drupal.

…and regarding that ejournal? I set up Drupal, styled it and started working with epublish, but I was really having problems with articles “sticking” in their issues. So, I’m looking to openpublish which I’ve installed but not set up yet, for which there is a session at DrupalCamp in ATL. So excited… and hope to have a new announcement about moonshine soon…and you’ll finally get to see my finished painting, Leuce.

Also for those of you in my area>
ath drupal group.
http://groups.google.com/group/athdrupal