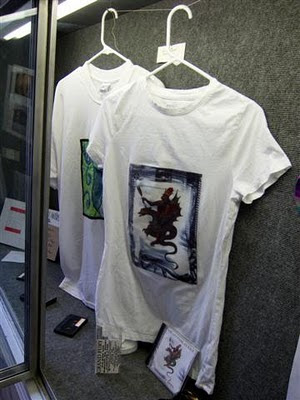 Long story, but here goes the short version. Every year the Libraries does a fun staff appreciation week called ASSET. This year our theme is sort of art and music related. So, these were my entries into the “band memorabilia” contest. 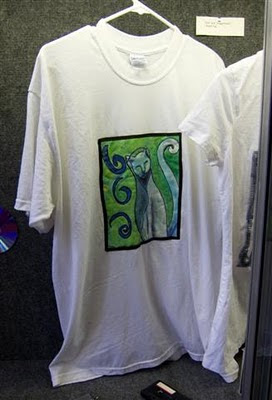 Zen (handprinted, handpainted) is a real tshirt and it’s based off of my painting, the zen of cats. This one was actually used in a wearable art exhibit eons ago.

DragonSlayerz is a totally made up thing; just transfer print and then same for CD case. Dragonrider image is from a public domain book, but the rest is my graphic design.

The cassette is a real design for the defunct mid 90s band, Grand Fury. I did their demo release covers.

I’ve done a lot of this stuff over the years, but I never seem to have any photos. So, there you go. 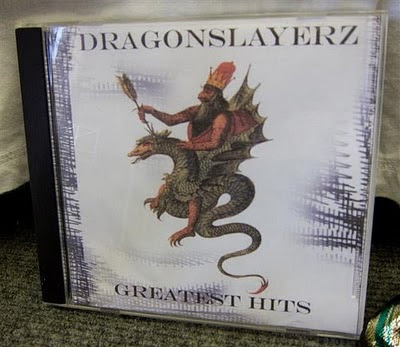